The photo of a woman on a motorcycle amongst the mystery 138 photographs has generated some speculation as to the make of bike. 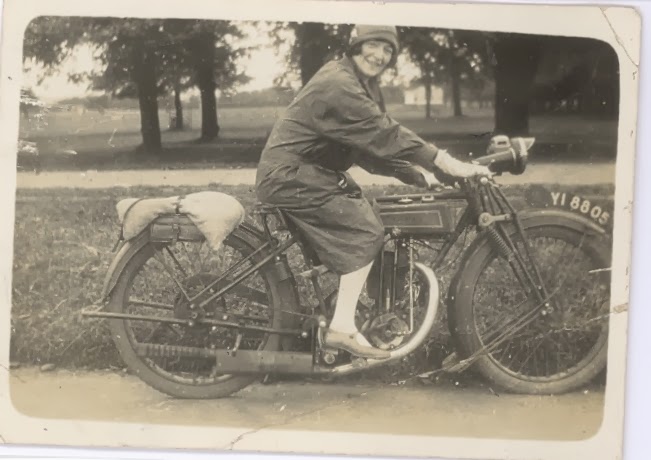 My dad said he thought that someone on the side of the family from where we believe the photographs came, used to work for Sunbeam and he wondered if that was a clue.

Sunbeam started out making bicycles but when they did begin to manufacture motorcycles, they gained a reputation for quality and did well in the famous TT races on the Isle of Man.

Another proposal was that the bike was a James, dating from around 1921- 27, because of its chain drive and not the earlier belt drive. It was suggested that this actual bike might have been modified in some way.

To settle the matter I contacted the National Motorcycle Museum in Birmingham to ask for their thoughts. James Hewing very kindly responded to my email and identified the bike as an Royal Enfield 500c, from around 1927.

Interestingly, while watching the new BBC drama, The Crimson Field, about a field hospital in WW1, one of the characters arrived on a motorcycle which looked suspiciously like the one above with its distinct box-like petrol tank. Whoever chose the 'props' obviously did their homework. Apparently Enfield supplied the British War Department with a large number of motorcycles in 1914.


But having identified the bike, I'm still no further on in identifying the lady sitting astride it. Any suggestions?

Posted by Wendy Percival at 20:43 2 comments: Links to this post

This school photograph of my husband's mother, Eunice Irene Saunders is one of my favourites from our photo collection. 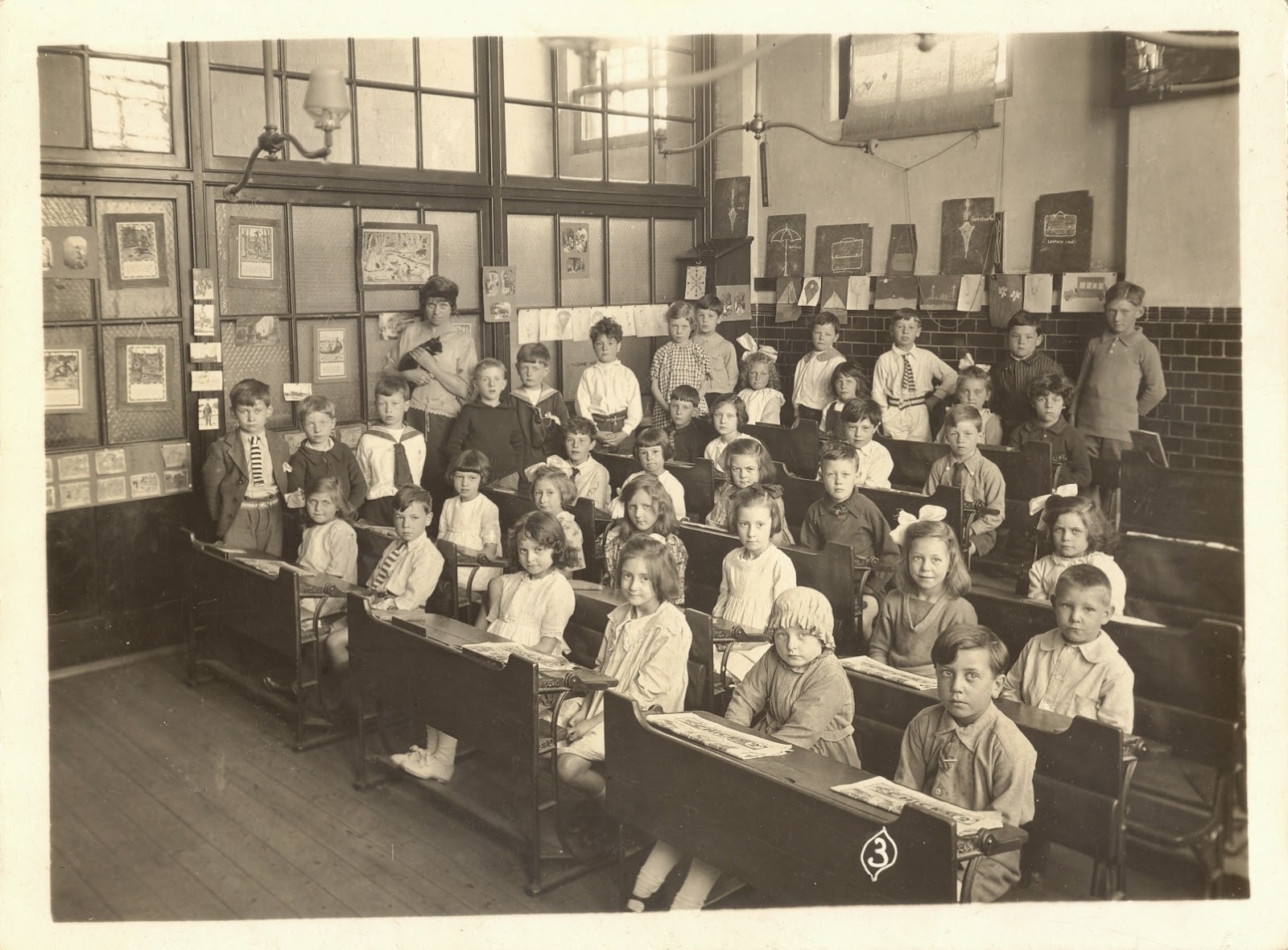 Eunice is the fourth from the right, on the front row. (I love the little mop cap of the girl two places away from her and the big bows in the hair of others!)

Eunice was born in 1914 and lived in Langthorne Street, Fulham. We think she's about 6 or 7 years old in this photograph which would date it at around 1920.

There are several schools near Langthorne Street but the closest, and likely to be the one Eunice attended, is Queens Manor Primary School.

An imposing three storey brick building, Queen's Manor School was built in 1903-4 as a 'board' school. School boards were set up nationally, following the Education Act 1870 to provide primary education, although it would be another ten years before school would become compulsory across the whole country.

The School Board of London, responsible for Queen's Manor Primary was the very first board to come into existence. By the Edwardian period, many schools in the Queen Anne style of Queen's Manor had been built across London and although there was some criticism of the expense lavished on the build, the board's supporters were unapologetic, seeing their schools as beacons to the vision of education for all.

So was the photograph above of Eunice and her class mates taken for a special occasion? Is the cat in the arms of the older girl standing against the partition (we think she's too young to be the teacher) an official "school cat" or just visiting?

Perhaps one of your ancestors attended Queen's Manor School. They might even be in this photograph.

Posted by Wendy Percival at 12:13 No comments: Links to this post