With Armistice Day upon us, it seemed appropriate to dig out the bundle of my grandfather's WW1 service records. As most WW1 service records were lost in bombings during WW2, I know I'm fortunate in having what documents and photographs that I do.

One of the most treasured items is his original Soldiers' Service and Pay Book. A small brown notebook with a hard cover, it has a pocket in the back in which I found various slips of paper relating to demob clothes, ID certificates and pay allowances. In the front of the book is his name (Ernest George Shelley, always known as George), his trade (blacksmiths striker) and his unit (Sherwood Foresters).

I also have several group photographs of him with his unit, including this of him and colleagues in full uniform...


...and in shirt sleeves with bayonetted rifles on display... 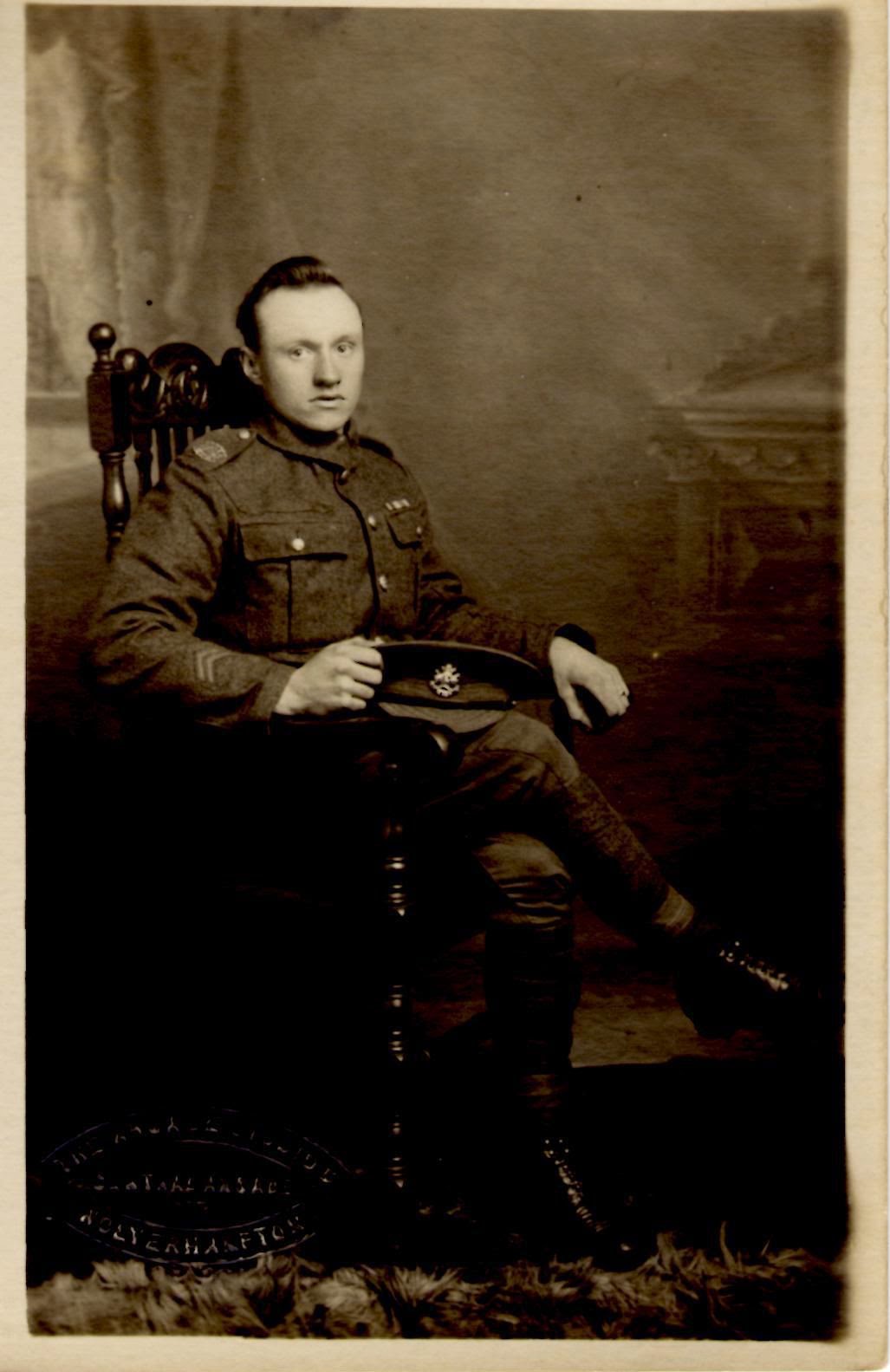 ... as well as portraits of him in uniform, seated as well as standing.

I also have a collection of postcards my granddad had written home. They were all dated 1918 and postmarked Newcastle upon Tyne. Some were addressed to his mother and others to my grandmother (they weren't yet married and didn't do so until 1921). Many show views of Whitley Bay but others depict a place called Backworth. 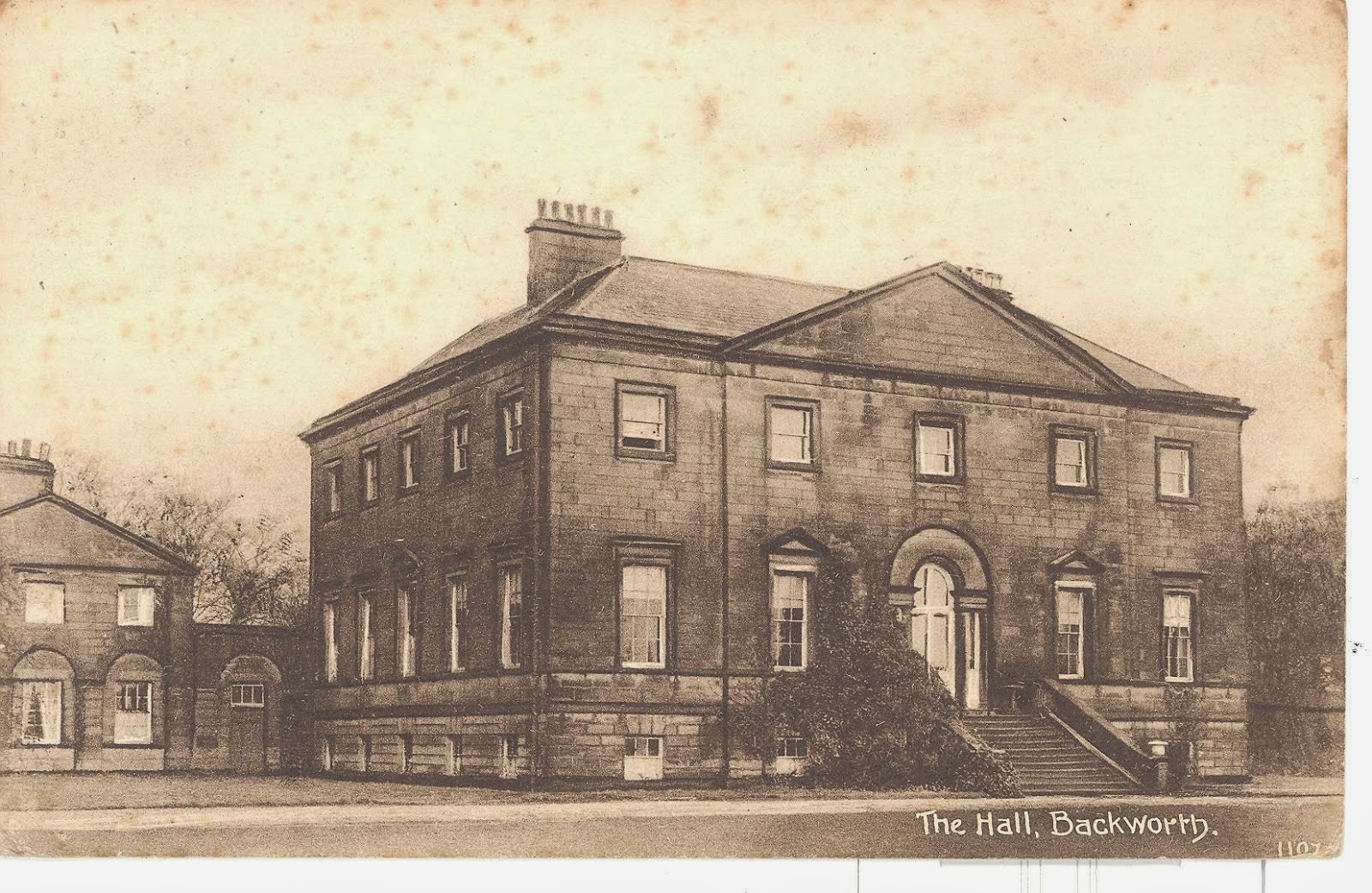 In his correspondence he talks of receiving (or more often, not receiving!) letters or parcels and says he'll learn more soon about where he is to be sent.

But having imagined that with all this information it would be easy to piece together his role in the war, I realised on closer inspection that what was there only told a patchy story.

First of all I noticed in his service book that the date of enlistment was given as April 1918. Surely he'd joined up before then? Yes, he had. A ragged postcard, dated 11th December 1915, stated that he'd been 'attested' (enlisted) and transferred to the army reserve until required for service. So what had happened then? And why hadn't it been recorded  in his service book?
As I studied the photographs of my granddad in uniform, I realised that the cap badges weren't all the same. I scoured through the remaining paperwork and discovered his demob certificate, which confirmed that while he had indeed been in the 1st Battalion Notts and Derby regiment (also known as the Sherwood Foresters) when he'd originally joined up, he'd been in the South Staffordshire regiment.

Now this is where it gets complicated. According to the Staffordshire Regiment's website, the South Staffs had only two battalions, 1st and 2nd. But on further investigation, it seems there was a plethora of other battalions within the regular army, plus the territorials and the 'new armies', as well as other service, reserve and labour battalions.

The 3rd (reserve) ended up in November 1916 in Forest Hall, Newcastle - the post mark on my granddad's postcards - and at least one battalion of The Sherwood Foresters also ended up in Newcastle. Did he transfer there? Were the regiments merged? As I'm no aficionado on the British Army and its structure, I suspect it will take me while to unravel the implications of this confusing information!

However I can leave you with one final snippet of intrigue.

When I returned to my granddad's service book, I noticed the name 'Boesinghe' (a village north of Ypes where battles had taken place earlier in the war) and the words '284 P.O.W. Company'. This suggested to me that my granddad could have been guarding prisoners of war.

However when I posted a photograph of him (with his service details) on the Postcard Photos of the Notts & Derbyshire Regiment's Facebook Page  a kind contributor confirmed the 284 P.O.W. Company information I'd read in his records, but added that my granddad was in 'B' company and would have been posted to Abancourt, France.

A browse on the internet suggests that Abancourt did have a prison, but that it was a military prison, holding soldiers charged with insubordination, mutiny and desertion - which would include those poor unfortunates awaiting execution for "cowardice".

Was this where my grandfather was posted? I think I need the assistance of a military expert!
My search for information continues...

The National Archives also has information on the relevant records it holds on its WW1 page.

If you have ancestors who were in The Sherwood Foresters, you might like  also to check out the Postcard Photos of the Notts & Derbyshire Regiment's Facebook Page.

The BBC have set up an interactive page 'I wonder about WW1' taking you through various routes to uncover information about your WW1 ancestor.

Posted by Wendy Percival at 06:00 No comments: Links to this post