Ancestors in the Spotlight


Welcome to the Midwinter Blog Hop!


Ancestors in the Spotlight

What better theme for a family historian than shedding light on something puzzling or unknown. All those dark family secrets, mysteries and unanswered questions, unravelling the who, what, where and why about our ancestors.

Little chinks of light are revealed as we discover who our ancestors were. The birth, marriage and death indexes tell us when key events happened in their lives and through the censuses we find out where they lived, with whom, and what were their occupations. But we have to search further into the dark and beyond, before the chinks of light grow together and slowly illuminate a bigger story.

Until recently, I had never managed to shine any light on my ancestor Edward Henry Coules Colley who vanished from the records after the 1881 census. No one in the family seemed to know what happened to him or was prepared to reveal the 'scandal' surrounding him.

Delving into the criminal records of 1892, I stumbled upon an Edward Colley, convicted of larceny, and imprisoned for 12 months. Could this be him?

Or what about the E Colley, in The Times of 2nd August 1888, a music and dramatic agent, who was listed as a bankrupt - "it had always been his habit to bet on the turf ". Was this him? But without the all important full name, I couldn't be sure. At this point, I hit a brick wall. He didn't appear on the 1901 census, neither could I find a record of his death. I was plunged into darkness once more.

Then a couple of years later, while sorting through some old papers, I discovered a letter written by his son, in which he promised to reveal everything about his father.

I scanned it eagerly. He explained how his father's family enjoyed "nothing but high life and parties" and described his father as being "the playboy of them all".

But just as it was getting interesting he announced, "and this is where I close my book on him with no regret". And I was back in the dark.


In the case of another relative, Charles Gabriel Baker, on the other side of the family, the situation was reversed. I knew exactly what had happened to him due to the detailed information meticulously recorded on the Australian death certificate which I'd discovered in that most traditional of locations - the box in the attic.

The document shone like a spotlight on Charles's life. As well as the usual information - his name, age, place and cause of death - it listed his wife, when and where they'd been married, the number of children living and dead, and the name of his parents, including his mother's maiden name and his father's occupation.

It told me Charles was a professor of music, he'd travelled to Australia in 1867 and died within 6 months of his arrival. It recorded where he'd lived, where he was buried, and even the names of the doctor who'd treated him, the funeral director and the minister who'd carried out the service!

What remained in the dark, though, was the reason for his journey to Australia, how he'd got there and the whereabouts of the rest of his family.

Census records, passenger lists and a notice in The Times, threw some light on Charles's story, though they didn't explain everything.

According to the census returns, Charles was a pupil teacher in London Colney in 1851 and at the time of his marriage in 1856, he was living and teaching in St Mary's, Lambeth. 1858 was the year of The Great Stink, when the authorities could no longer ignore the stench radiating from the Thames, used as a dumping ground for waste and sewage over centuries. It would be around this time that Charles and his wife Susan would lose a son and a daughter. Was it this tragedy which drove them out of the city?

Perhaps. Though not yet to Australia, as two of their children's birth certificates revealed that Charles was teaching music in Stevenage, Hertfordshire in 1863 and 1865.

Stevenage would have been a rural idyll in comparison to the crowded streets of Lambeth. In 1861, Dickens described it as being a village with "the quietest little dwellings". So having escaped the smog and dirt of London, what made them turn their sights to Australia?

In 1867, a notice in The Times announced that The Paramatta, would be sailing to Sydney, Australia, in August. It seems Charles and Susan booked their passage on this ship, leaving their children - 4 boys -  in the care of Charles's sister. One can only presume that the plan was to send for the children at some point in the future, perhaps when their parents were settled in the new colony.

Sadly, it was not to be. In May 1868 Charles died from a chronic disease of the lungs, from which he'd apparently been suffering for 2 years. Was this the clue? Had it been their intention to start a new life in a better, healthier climate in the hope that Charles would recover from his illness?

Following her husband's death, Susan returned to England. But without the financial support of a husband, the family were forced apart. The youngest boy, aged 3, stayed with his mother but his elder brothers, aged 9, 6 and 5, would spend their childhood in separate schools and orphanages.

But what of my other relative, that elusive black sheep, Edward Henry Coules Colley? Any glimmer of light there?


Not until a few weeks ago, when quite by chance I came across an elderly woman's burial record of 1962, in Perth, Western Australia. Her father was recorded as Edward Henry Coules Colley, born in England. It had to be my missing ancestor, surely?

Perhaps it had been the ignominy of bankruptcy or imprisonment (or both, or neither!), which drove him out of England to try his luck down-under.

Records showed that he'd married  in 1906 (bigamously, obviously!) and died in 1916. I wonder if he continued with his "high life and parties"? Still a few more dark corners in which to shine a light, I suspect.

How intriguing that of these two trails, one should begin in Australia and the other end there.

It was interesting to note that amongst the information on Edward Henry Coules Colley's life in Perth, there was a record of his occupation. Apparently he'd become..er... an estate agent.


Do join the Blog Hop and visit the authors below to discover their different takes on the theme of
Casting Light on the Darkness!

1.      Helen Hollick : A little light relief concerning those dark reviews! Plus a Giveaway Prize!
2.      Prue Batten : Casting Light....
3.      Alison Morton  Shedding light on the Roman dusk – Plus a Giveaway Prize!
4.      Anna Belfrage  Let there be light!
5.      Beth Elliott : Steering by the Stars.  Canning in , 1810/12
6.      Melanie Spiller : Lux Aeterna, the chant of eternal light
7.      Janet Reedman   The Winter Solstice Monuments
8.      Petrea Burchard  : Darkness - how did people of the past cope with the dark? Plus a Giveaway Prize!
9.      Richard Denning : The Darkest Years of the Dark Ages: what do we really know? Plus a Giveaway Prize!
10.  Pauline Barclay  : Shedding Light on a Traditional Pie
11.  David Ebsworth : Propaganda in the Spanish Civil War
12.  David Pilling  :  Greek Fire – Plus a Giveaway Prize!
13.  Debbie Young : Fear of the Dark
14.  Derek Birks  : Lies, Damned Lies and … Chronicles
15.  Mark Patton : Casting Light on Saturnalia
16.  Tim Hodkinson : Soltice@Newgrange
17.  Wendy Percival  : Ancestors in the Spotlight
18.  Judy Ridgley : Santa and his elves  Plus a Giveaway Prize
19.  Suzanne McLeod  : The Dark of the Moon
20.  Katherine Bone   : Admiral Nelson, A Light in Dark Times
21.  Christina Courtenay : The Darkest Night of the Year
22.  Edward James  : The secret life of Christopher Columbus; Which Way to ?
23.  Janis Pegrum Smith  : Into The Light - A Short Story
24.  Julian Stockwin  : Ghost Ships - Plus a Giveaway Present
25.  Manda Scott : Dark into Light - Mithras, and the older gods
26.  Pat Bracewell Anglo-Saxon Art: Splendor in the Dark
27.  LucienneBoyce : We will have a fire - 18th Century protests against enclosure
28.  Nicole Evelina What Lurks Beneath  Abbey?
29.  Sky Purington  :  How the Celts Cast Light on Current American Christmas Traditions
30.  Stuart MacAllister (Sir Read A Lot) : The Darkness of Depression 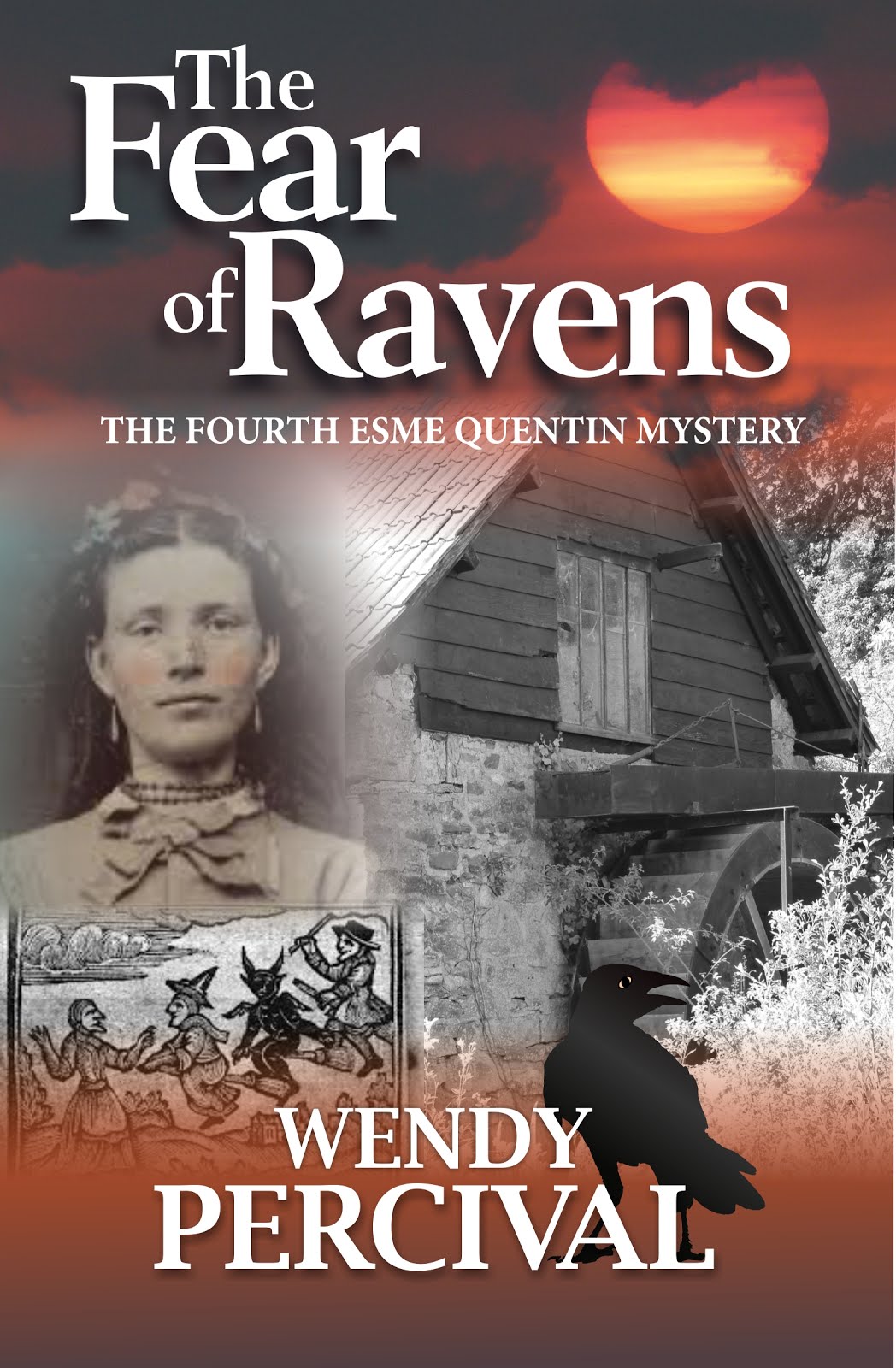